You are here: Home Elena House

Dust in the Wind- Elena

Elena House is a gifted young American actress and singer. At the age of 15, she is an accomplished international performer and an award-winning model. A world-class artist, Elena has a natural aptitude to expertly combine her varied skills in refreshing and inventive ways.

Whether acting or performing, Elena is as much at ease on stage as in front of the camera. A phenomenal singer, her music encompasses opera to classical pop. Elena is also an exceptionally talented pianist, dancer, martial artist and gymnast.

Elena began her voice training under Richard Fink, IV, creator of THROGA. In March 2012, Elena started her classical training under one of the greatest vocal teachers in the world, currently residing in Paris, France.

Of her singing, one reviewer wrote “… Elena House, whose voice seems to come from another dimension, inside, from which dreams & hopes spring and where true beauty, gentleness and power live.”

Elena’s online performances were discovered by producer/musician Thomas Schauffert. Highly impressed, he sponsored Elena so she could add her angelic voice to the harmonious music of Thomas/Heinz World Music in a concert at the Scala Basel Performance Center in Switzerland.

Three of her live performances and a video log of her Switzerland experiences can be seen on her highly successful and popular Youtube channel: MissElenaHouse. Elena has performing at the red carpet event, “The World’s Most Distinguished Chinese Award Gala”, at the Beverly Hilton in Beverly Hills, California, on June 28, 2014.

Elena has signed to play the lead role of Fang in the upcoming feature film Atlanta Vampire Movie. Filming begins in July, 2014.

Elena was cast in the TV pilot, “Reunited: A Southern Touch”, filmed in the Atlanta area in September, 2013. Elena was also chosen to perform a song during that movie.

Elena has studied acting with Chamber Stevens and Steve Coulter of the Chez Group. She has also learned live theater methods and techniques at The Company Acting Studio. Elena is currently taking Private On-camera Coaching from Bob Harter, owner of Actors Complete Training.

Elena has acted in performances with the Cold Sassy Players as well as several productions at the Commerce Opera House.

A movie director who has cast Elena in his up-coming drama about a young band calls her a “septuple threat”. He came up with that after watching her demo video where, in addition to acting, singing and playing piano she demonstrates martial arts, gymnastics, dance and modeling.

Stars2Come magazine reported “She is a skilled actress and highly trained in the martial arts style Aikido. These talents allow her to bring to life any story she wishes to tell. Elena has brought many stories to life through music from classical to fantasy. She has portrayed many characters in her videos showing her grace and imagination.”

Elena’s music videos merge her vocal and acting abilities in a fresh, novel and entertaining way. Elena loves fantasy movies like Lord of the Rings and The Hobbit, and for two of her videos, has performed songs from these movies costumed as an Elf (“Naralee”) in one and a Warrior in the other. Elena later reprised her elf character for her interpretation of Ennio Morricone’s Nella Fantasia from the film The Mission, as recorded by Sarah Brightman.

Elena became interested in gymnastics and the aikido discipline of martial arts almost as soon as she could stand. Elena’s father, Robert, was a NCAA gymnastics gold medalist with the University of Georgia and an Aikido master, so Elena certainly has these two interests “in her blood”. Elena has also undergone weapons training in the natural course of her martial arts studies.

Elena uses her gymnastics and martial arts skills to add danger and excitement to her performances. Aikido martial arts is a perfect fit with Elena’s other skills for stage and film productions where fight scenes are required.

Elena’s dance repertoire includes ballet, ballroom and hip-hop which she readily displays in many of her music videos.

Describing her rendition of the sultry femme fatale in Guiditta’s aria Miene Lippen, Sie Kussen so Heisse, Edmund St. Austell wrote “Some might see this as a bit on the far side of propriety, but theatrically, I would say that it is justified by her exceptional beauty and marked acting ability. She also moves with a dancer’s grace. When I first saw this video I was reminded of words I wrote in this space when discussing the young ballerina Diana Vishneva and spoke of her ‘spunk and sparkle’.”

Elena began modeling even before she started kindergarten. She soon became the favorite child model for the president of the Atlantic Photographic Society. Photographs of young Elena won multiple top prizes. Elena is the subject of photo shoots in support of all her new music videos and uses these beautiful works of art to promote and build anticipation for the release of her new material.

Elena started her musical education as a dedicated pianist at age 8 and performs pieces from Richard Clayderman to Beethoven. She remembers her parents setting up a keyboard behind the last booth in their restaurant where she would put on earphones and practice while waitresses bustled around her. Elena studied piano under Rick Smith, conductor, Gwinnett Symphony Orchestra.

Elena and her parents started renovating a 120 year old Opera House in 2002. At that time Elena had seen some operas but, of course, had not yet thought of singing opera. Her early exposure to opera influenced the type of music she now sings, the relationship of music and acting she produces in her videos, and her flair for dramatic arts, creativity and innovation.

After 10 long years with many sacrifices, the family has turned the Opera House into the gem of the city. There is a heart-warming documentary video showing Elena on the roof with a shovel in her hands at the age of five. Elena would love to someday be able to perform on that stage, as well as the finest stages of the world. 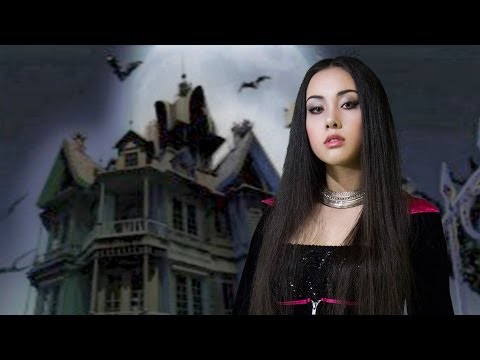