You are here: Home Arina Domski

In 2012, Arina Domski presented her first single and the video “Ti Amero”, which got into rotation on the British CMusic TV channel. In April 2012 the singer was invited to the “Vienna Ball ” in Kazakhstan, where she performed on the same stage with Lara Fabian. Later, Arina was the one to open the “Vienna Opera Ball ” in Russia and the “Christmas Ball” in Spain. She often performs on prestigious ceremonies in Germany, Italy, Spain, Russia, Ukraine.

Arina’s repertoire is based on classical compositions. The unique sound of these compositions is one of the artist’s main features. Beautiful appearance, original scenic characters and unique musical material – all this makes Arina a sensual and much loved artist.

Arina Domski is very much into volunteering and charity. From time to time, Arina gives concerts in orphanages, takes part in charity moves for anti-cancer and orphanage fundraising. She took part in the “Together against mammary cancer” move, organized by “Avon”. In 2009, together with the current World Boxing Champion Volodymyr Klichko, Arina took part in the “Chestnut Sprout” social charity move. The funds, raised form this event were given to children’s cardiological hospital in Kiev.

Every year, Arina takes part in the “Compassion” annual charity concert against AIDs on the World Day against AIDs.

Arina, with attractive appearance, can often be seen on the front page of different magazines (<<Отдохни>>, <<Добрые советы>> ...), takes part in photo sessions for magazines like “Viva”, “Story”, “Glianec”. In 2011 Arina Domski was chosen to be one of the Most Beautiful Ukrainian women, according to the “Viva” magazine. Apart from that, Russian and Spanish magazines are also writing about Arina.

When she was eight she started singing in the children's group "Svitanok", performing in different contests and festivals all over the world. Later she graduated from Kyiv State Institute of Music after R.M. Gliera and National Music Academy in the name of P. I. Tchaikovsky - the class of academic singing.

In 2007 Arina took part in the first season of the “Star Factory” show in Ukraine. In the same year she also released her first single and video “Никто не виноват” (Nobody is guilty).

Starting from 2011, Arina is performing in the Classical crossover genre, and has already reached many heights. 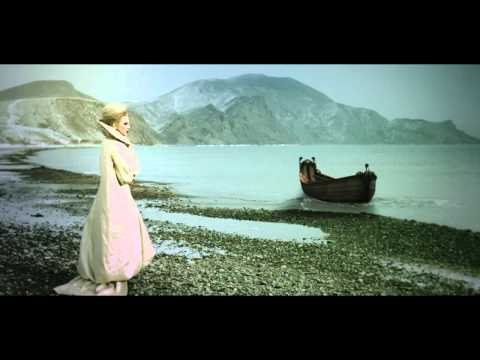